Here are a selection of Java projects I produced while attending college and a Java development course. Must of these were done in the form of applets and previously I would display them, but with concerns over security (speaking in general, my code is rock tight :D), people are less likely to open them so I have chosen to give a description instead. Click on the images to see the source


As part of a college project we were given some free reign to create a GUI app. I decided I wanted to incororate a graph of some kind and settled on a training app that records stats relating to individual training sessions. 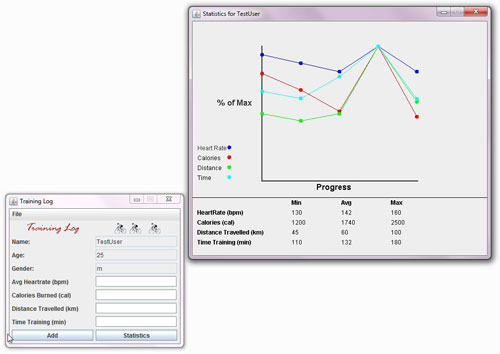 
Loosely based on the game mastermind in which you have six guesses to pick the correct code. Now with extra added hints! 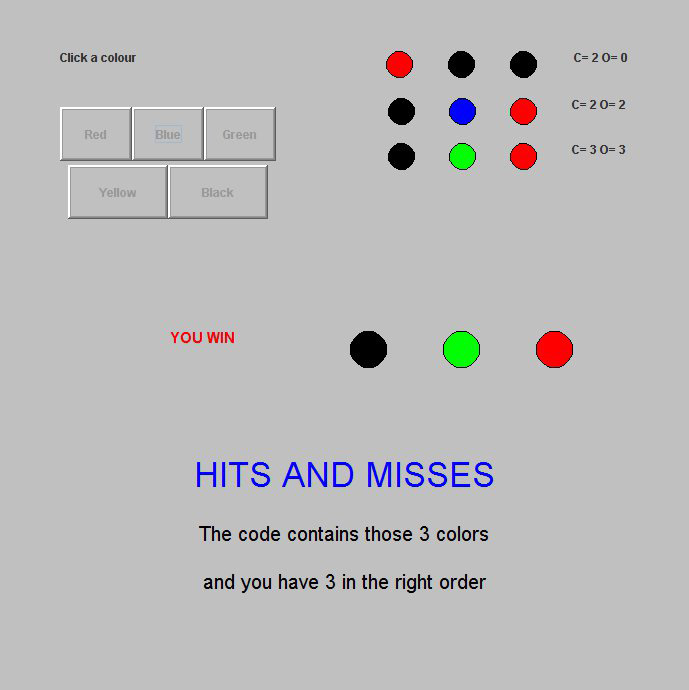 
A nice program that is capable of count the number of words, characters, characters including spaces and paragraphs. The program can also find and highlight a word of your choosing.


Ok, I got bored and decided to recreate this program that I originally had to build in Visual Basic. And so threw something together real quick, have to say it was an interesting experience translating from VB to Java. 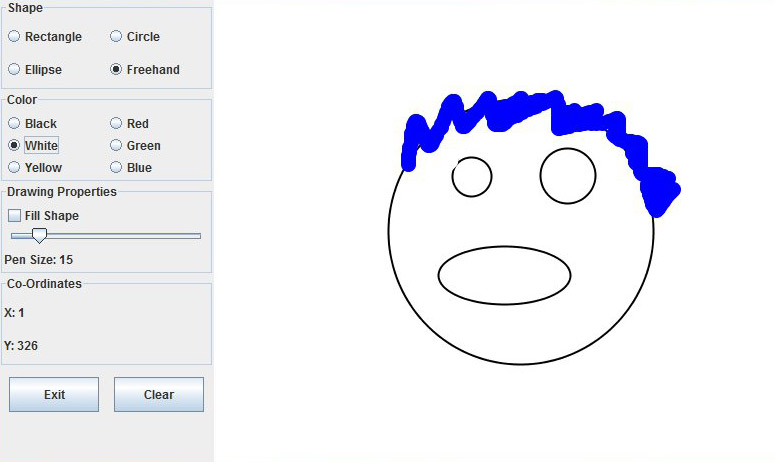 
Simple game where you have eight lives to guess the computer related word and thats unless the clock doesn't get you first. 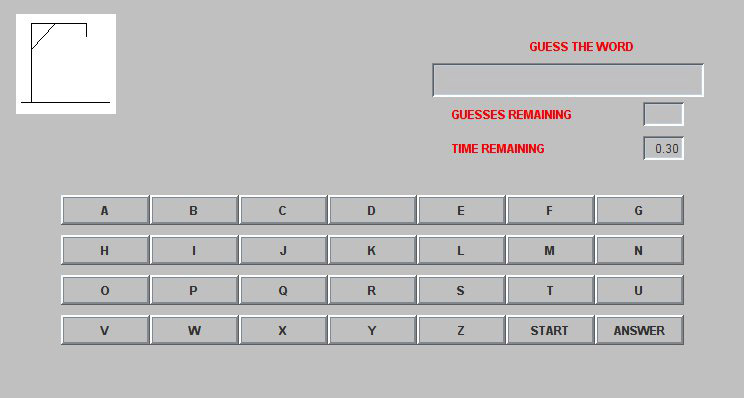 
A very basic calculator that deals only with Integers 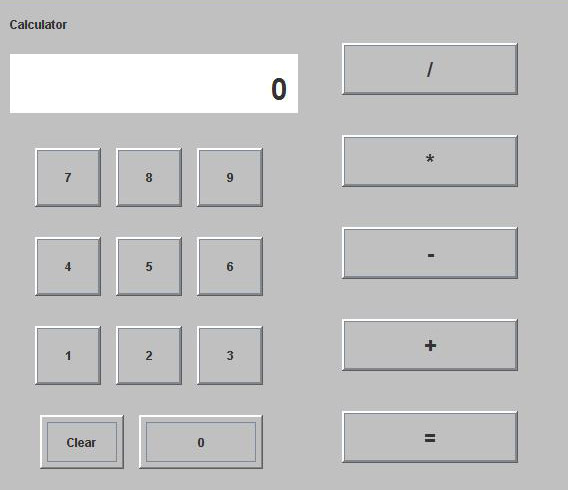